RBA Productions is a partnership between Anne Rosenfeld and Andrew Branch. Our unique style of production using music and sound effects to illustrate and enliven the text has won us many awards and our personal, friendly and professional service has won us many contented clients. We are very excited to be expanding our range of work to embrace the challenge of new technology including The Beatles Yellow Submarine app for Apple corp. and Subafilms which we recorded in 8 different languages and the Mr. Men and Little Miss apps read by Davis Walliams and Dawn French.

I began my professional acting career playing a schoolboy in the original West End production of Alan Bennett’s ’40 Years On’.  After a number of years working in TV, film and theatre in London and the regions, I joined the BBC Radio Drama Company and that’s where my enthusiasm for the spoken word really developed. Between the RDC, BBC Education and BBC English I spent a total of eight and a half years under contract to the Corporation. Anne was also there for some of that time and we worked together as regular presenters of  ‘Poetry Corner ‘and’ Let’s Join In’. I also adapted and dramatised a number of books and composed music for several productions for The World Service, Radio 3 and BBC Education.

It seemed a natural progression to move from acting on the radio to producing for it, combining the various skills I had developed. Anne and I set up RBA Productions about 20 years ago and we’re delighted to say that we remain among the market leaders in the audio recording industry and are enjoying the challenge of embracing new and ever changing technology. 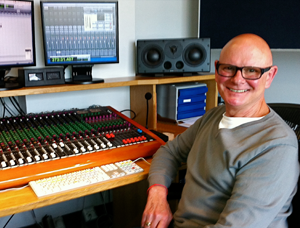 After a successful wide-ranging career as an actor, during which I also acquired an English degree and co-founded Speaker Support, providing corporate training in presentation skills, I spent several years working for BBC Radio and BBC Education and became fascinated by the power of the recorded spoken word to fire the imagination of the listener. For over 25 years I have enjoyed producing hundreds of audio books read by some of the biggest names in the theatre and entertainment industry  from Spike Milligan to Edna O’Brien and Juliet Stephenson, educational material for major global publishers, and poets for The Poetry Archive. I am proud to have won awards in the UK and the US for my productions of childrens’ stories with our own full sound designs and adult audio books and I’m very excited to be extending this into recording narration and background sound for apps and animation. 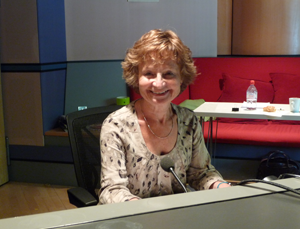